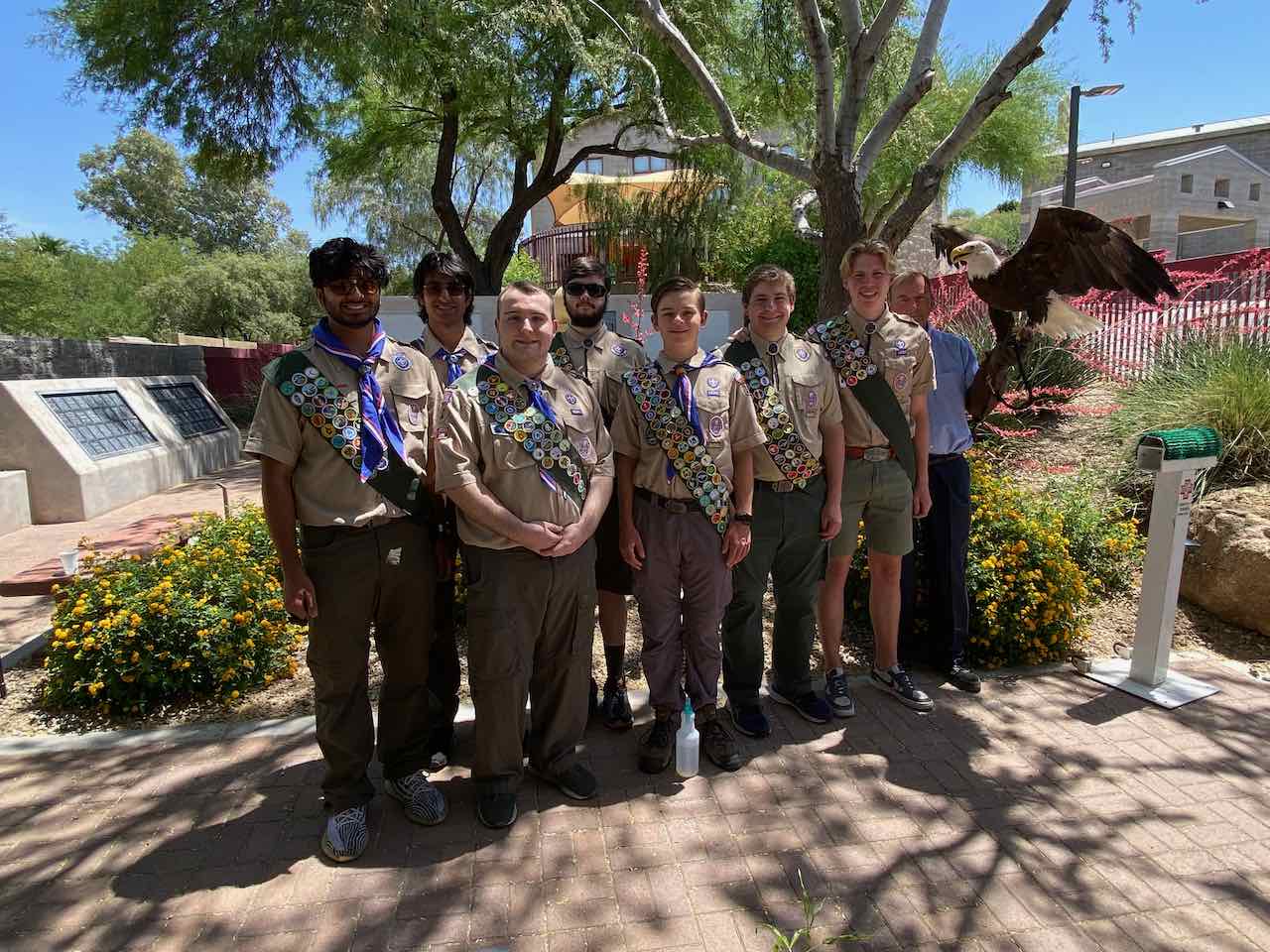 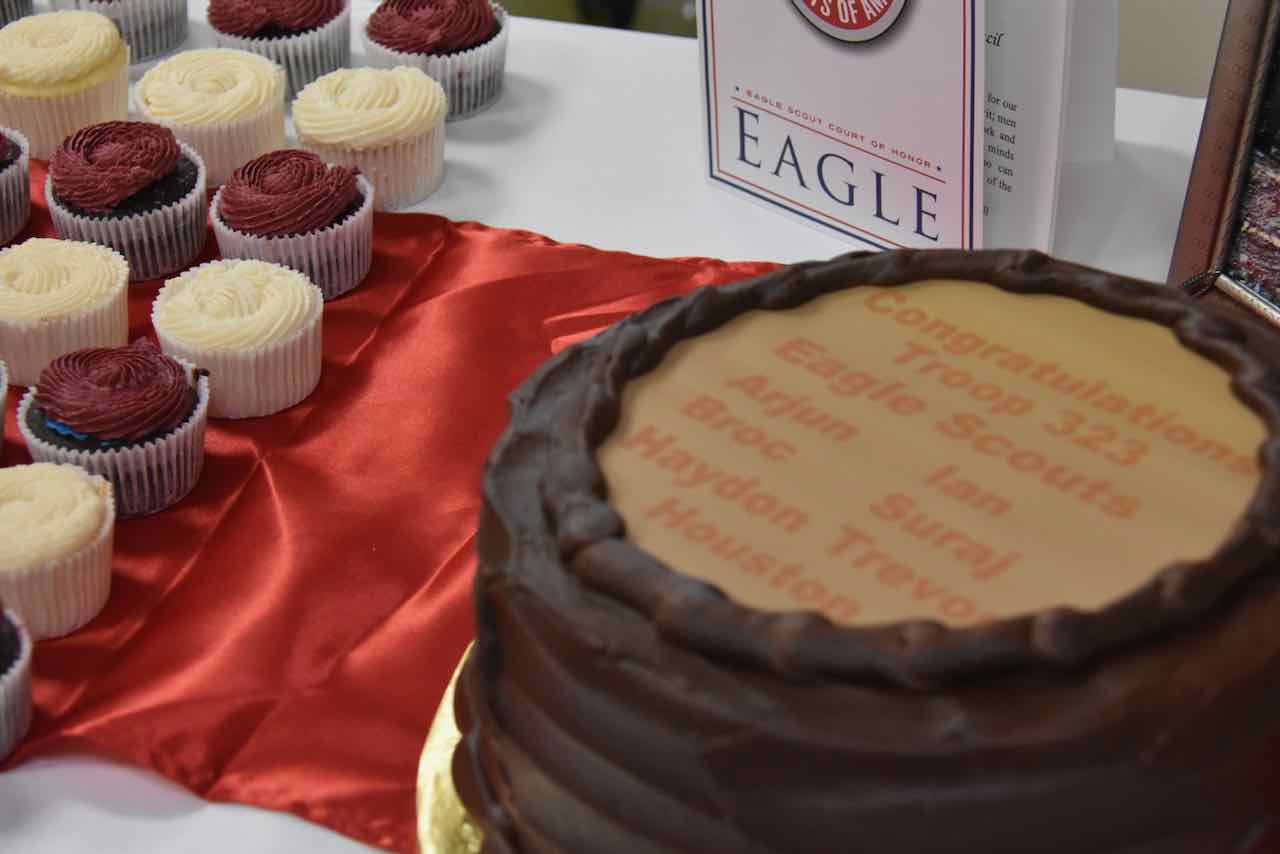 Webster’s dictionary describes an eagle as a large bird of prey with sharp vision and powerful wings, famous for their strength, size, grace, and keen vision. It is the national emblem for the United States. Though the eagle is found throughout the world, it is never found in abundance; it is always rare and it is always a superb specimen.

In Scouting the eagle stands for strength of character, and for knowledge of all phases of Scouting. The eagle represents an understanding of community and nation, and a deep respect for same. The eagle is a symbol of what a young man has done as well as what that young man will do, and will be, when he grows to manhood. The eagle is a leader. The eagle is respected, both by his peers and by his adult leaders.

The EAGLE SCOUT AWARD is the highest award available to youth members of the Boy Scouts of America. It is a recognition by the National Court of Honor, presented through the local council and a local court of honor.

It represents many years of dedicated effort , and the successful completion of a long process which started when the young man became a Boy Scout. It is a demonstration of how people, working together, can truly help mold a young man with a solid sense of leadership, citizenship, and responsibility.

Not every boy, nor every Scout, qualifies for the high rank of Eagle.

The attainment of the Eagle Scout Rank is indeed the highest honor that a Scout may achieve. 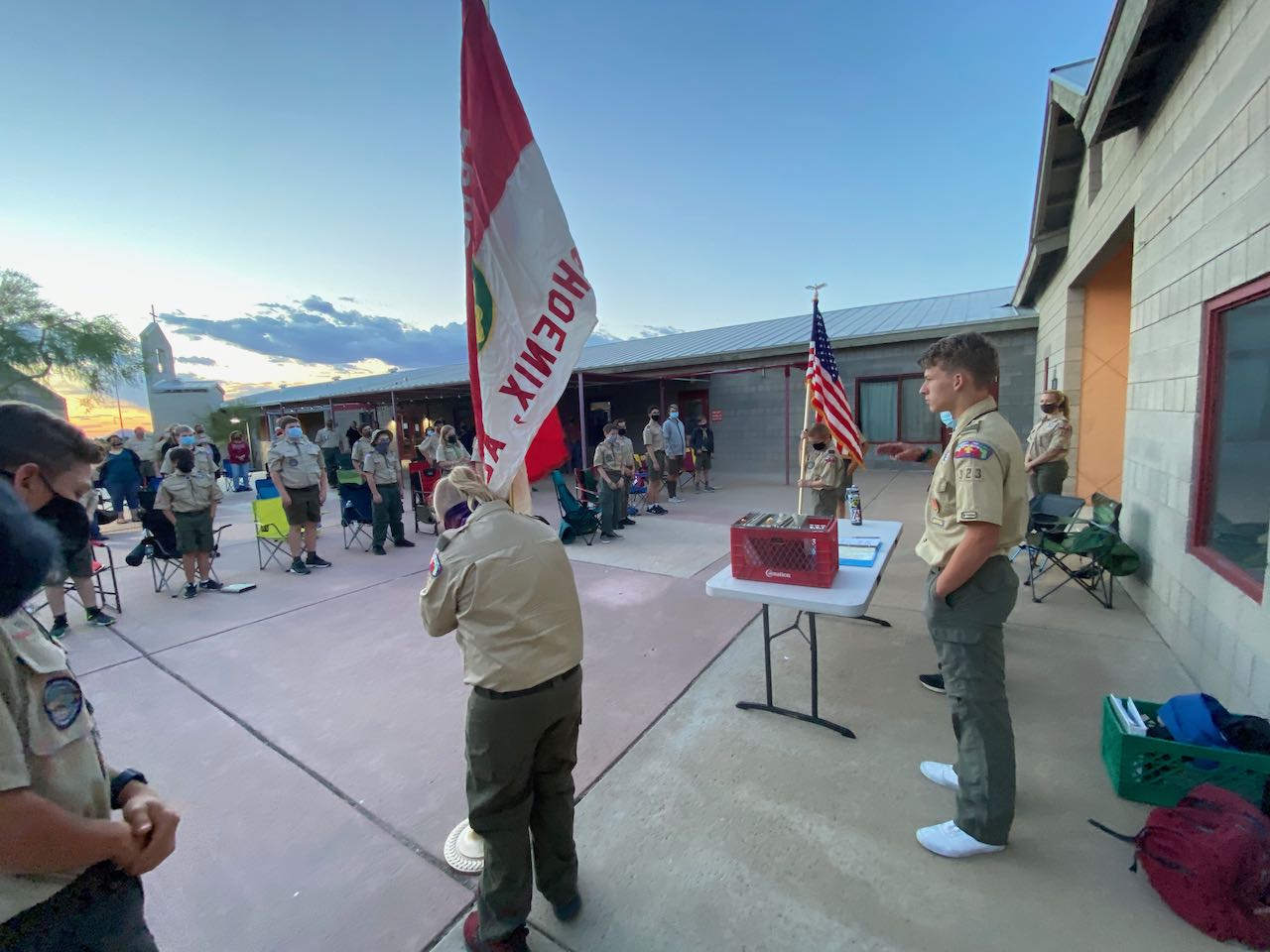 On April 27th, at All Saints Lutheran Church in Phoenix, Troops 323 and 3323 held the first in-person Court of Honor in over a year. The event started with a flag ceremony led by the color guard Colby Schwartz and was followed by the Scout Oath and Law. During this event the scouts received many different awards, for example, Owen Wallace was the only scout to receive his Life Rank. The new scouts got to experience their first official Court of Honor, and all of them received their first rank of Scout. Some of them even received a couple of merit badges. All in all, this was a great experience since we have not been able to do this since Covid struck. It was amazing for the young scouts to be able to participate in their first Court of Honor.